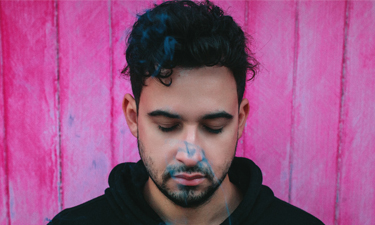 In a matter of a little more than two short years, rrotik, Eduardo Nascimento, has rapidly ascended through the ranks to become one of the fastest-rising, hottest acts in the global electronic scene. Hailing from southeastern Brazil, the budding producer/DJ is making his mark worldwide on the strength of his diverse, wide-ranging sound and eclectic tastes, which traverse the house, tech house, techno, and bass house genres and beyond. His original productions and in-demand remixes ooze with a trademark style and genuine originality that is shaped by his unique take on club music and dancefloor burners, from G-house stompers all the way through to deep and dark warehouse cuts.

After departing the group Dirtyloud to carve his own sonic path as a solo artist, he’s since refined his sound and has returned to form with a clearer vision and a heavier focus on techno, house, and low-end thumps. As a result, he has become one of the pioneering figures in Brazil’s burgeoning low bass scene, which mixes funky, bass-centric styles like G-house, UK garage, and house with wobbly basslines and charismatic vocals.

It’s all the same reason why rrotik lays claim to an extensive roster of who’s who supporters in the production and DJ world including David Guetta, Oliver Heldens, AC Slater, Afrojack, Claude VonStroke, REZZ and prodigy Martin Garrix, who has included rrotik’s tracks on his radio show and Spotify playlists numerous times. rrotik has also garnered widespread coverage from key media outlets like DJ Mag, Magnetic, Earmilk, Big Shot, Nest HQ, Four Over Four (Jukely) and Dancing Astronaut, who dubbed him “a talent to watch.” In the radio world, he’s attained unanimous support and spins via numerous prominent stations and on-air personalities including BBC Radio 1’s Annie Nightingale, Danny Howard and none other than Pete Tong himself.

On the live front, rrotik has toured the globe on a string of shows and tours and has manned the decks at some of the top clubs, venues, and festivals including a high-profile performance at Shambhala Music Festival 2017. In 2018, as well as touring Australia, New Zealand, Canada, and Africa, rrotik played on the revered Holy Ship! electronic music cruise, California’s premiere electronic music festival Beyond Wonderland and at Texas’ Seismic Dance Event and New Year’s ERA event. In 2019, rrotik has been announced to play at San Diego’s MY LED USA festival in May and Ontario’s Ever After festival in June with lots more to come.

With all the key players and partners in electronic music on deck, rrotik is now on his way to the frontlines of the global scene—all on his own terms.